On the occasion of its 30th anniversary, Viva Wyndham Resorts carried out a reforestation journey with the planting of 10,950 plants of various species at the Cotubanama National Park, within the perimeter of Padre Nuestro and the ecological corridors of the Romana-Bayahibe tourist destination.

8,950 specimens were planted in the ecological corridors, starting at the Coral – La Romana – Casa de Campo crossing up to the Chavon River dam. An additional 2,000 plants were scattered in Padre Nuestro.

Ettore Colussi, President of Viva Wyndham Resorts, said this activity is part of a program of activities to commemorate the hotel chain’s 30 year anniversary, which take place during the 2017 International Year for Sustainable Tourism Development, which, in addition to environmental initiatives will include food and local crafts festivals and a host of promotions and special offers at their properties throughout the year.

“The 10,950 trees are equivalent to the daily harvest of 365 units during the 30 years Viva Wyndham Resorts have been in operation”, he concluded. 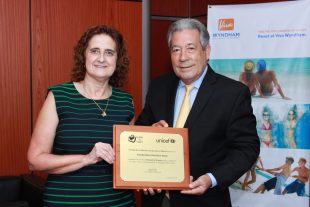 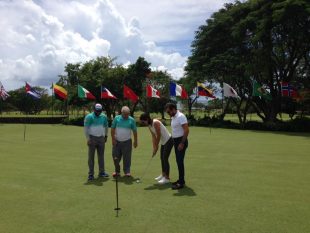 Viva Wyndham Resorts celebrates its anniversary with a golf tournament.